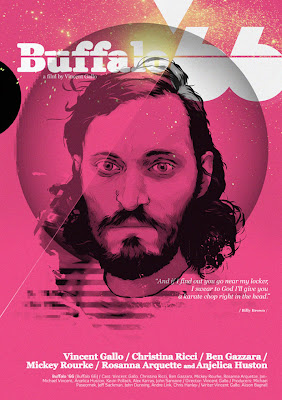 Romantic/comedy has never been one of my favorite genres but this Drama falls pretty well into that category. However it is one of the weirdest, darkest and awkward love stories to ever be released. Some of the other love stories that I can watch without vomiting on myself consist of Nekromantik, True Romance and anything with Brigitte Bardot in it (for obvious reasons).

Written, directed and staring Vincent Gallo, Buffalo '66 is emotionally awkward and is full of ups and downs. Gallo plays a social outcast named Billy Brown who is released from prison and lives only to kill the man he blames for his miserable life. Upon his release he meets and kidnaps a young and very attractive Christina Ricci. Ricci's character may not be quite as disturbed as that of Gallo's but there is an immediate connection between these two lost souls. Neither of them seem to have a place in society and perhaps it was fate that brought these two tragic people together. As the runtime rolls on it becomes obvious that Ricci's character is falling in love with a man who seems to be heartless. We slowly get more and more back story on Billy Brown and it is impossible to not laugh at the absurdity of his tragic and shitty life. "My life is shit" 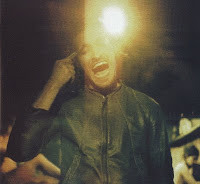 Buffalo '66 is one of those movies that gets stuck up in your brain for a while after you watch it. I have never met anybody who didn't like it and most who have seen it just love to mimic Vincent Gallo and quote the crazy rantings of Billy Brown. "Shifter-cars", steak knives and photo booths somehow become hilarious conversation starters after watching Buffalo '66 for the first time.

This movie has a (well deserved) huge cult following. The artsy and the fartsy alike all have a place in their hearts for it. In one of the films weirdest moments Christina Ricci tap-dances at a bowling alley in a scene that is oddly reminiscent of Eraserhead and the "In Heaven Everything Is Fine" scene. Despite my David Lynch comparison the two films couldn't be further apart. In other words Buffalo '66 makes sense.

Buffalo '66 is the perfect date movie for any couple that feels out of touch with the rest of the world or just for anybody who wants to laugh at two misfits. 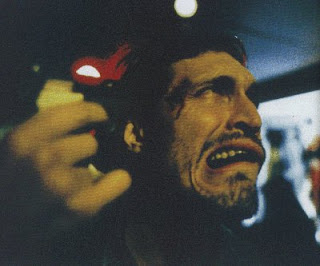