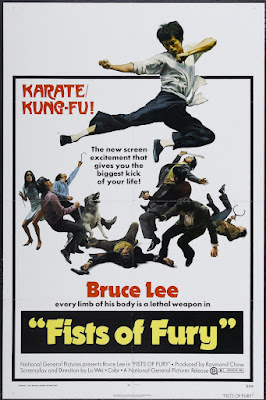 The Big Boss also known as Fists Of Fury, not to mistaken for Fist Of Fury which is The Chinese Connection is the most infamous of all Bruce Lee Kung Fu flicks. It is also the movie that made Lee a recognized international super-star. The infamy behind The Big Boss was mainly due to the over the top violent content which is seemingly impossible to find in its pure uncut form.

The Big Boss in its full entirety runs at 115 minutes and comes complete with scenes of nudity from sexy Asian babes, nasty-stabby knife-fu, fingers jammed into stomach wounds and a glorious gory scene that shows Bruce Lee sawing into an enemies head with a... well a saw. Personally owning a 102 minute version which is obviously better then the 98 min. cut, I am still yet to see a lot of the bloodletting that The Big Boss offers. Apparently the notorious head-splitting scene is still lost to date and us gore-hounds can only hope that some day this thing is released in it fully uncut, gory form.

The Big Boss is based on the true story of a man who stood up to a bunch of bully-boy fascists and became a legend. Who better to play the role then Bruce Lee? Lee's portrayal shows a man who promised his father to lead a nonviolent life but when he leaves for the country and takes on a new job at a ice factory he has to fight for his honor and freedom against a bunch of drug lords.

The weird thing is that Bruce Lee doesn't fight till the later part of the film. He keeps true to his word and his promise to his father and remains passive until all of his cousins are brutally killed by their boss with the exception of his female cousin who Bruce has a crush on. Guess in Asia incest isn't frowned upon... Now its time for Bruce Lee to kick the shit out of the bad guys and show the world what he is made of.

The truth is that The Big Boss is nowhere near Lee's later stuff like Enter The Dragon as far as the fight scenes go but the violence far surpasses the others and is of Streetfighter status or at least close to it.

Check out The Big Boss for the sleaziest of all Bruce Lee flicks. Bask in the glory of tits & blood, bad dubbing and some bad-ass kung-fucking-fu. 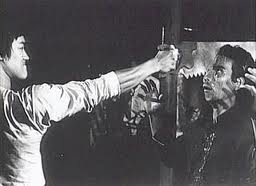