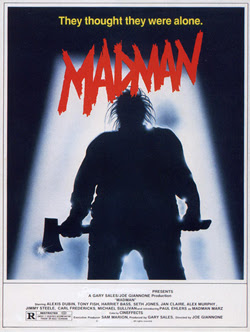 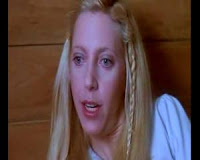 Gaylen Ross from Dawn Of The Dead shows up in this one as the shotgun wielding heroine who tries to save a bus load of young campers. Madman is one out of the short lived acting career for Gaylen. She only played in three movies until deciding to stay behind the camera and mainly sticking to documentaries. Well this was back in her sleazy horror days and she does have a sex scene in a hot-tub. However she doesn't show off much flesh and it comes off more like a love scene in a bad soap opera.

Madman is a pretty average slasher movie from this period with not to much memorable scenes. It lacks a bit in the gore department with to many off screen slashings. We do get some decapitations, throat slashings, hangings and a head is even cut off with the hood of a car. All in all it gets a bit repetitive but I suppose its a good time waster. Especially for those who don't expect much from their Slashers. So if you want him just say his name. Madman Marz will come take your head. 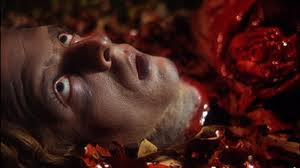