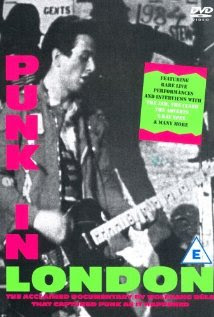 One of my favorite documentaries on British punk rock culture in the 70's. Director Wolfgang Buld would go on to do a pretty bad follow up to in 1980 called Punk In England which was a big fucking let down. This film on the other hand captures a young, snotty generation and the raw music that they release.

We get some early footage from The Clash in Germany. The live show is amazing of course as is all of their early footage. The band also gives an extra snotty interview where they bad mouth Germany and throw forks around at each other.  The Adverts play One Hit Wonder with extreme energy and we also have performances from X-Ray Spex, Chelsea, KillJoy and many others. The Jam give us two songs one of which being In The City and the crowd really goes bonkers for that one but for me the best moments in this flick are the interviews. The singer for The Lurkers gives a cool interview with his mum & pop sitting next to him as they watch The Boom Town Rats play on the T.V. The Stranglers give an exceptionally rude interview and basically tell the director to fuck off because he is German but the very best and most entertaining interviews come from the Rockabilly Teddy Boys who all despise the punk rockers. They discuss how the punks don't look like men and don't look like women. The Ted's view them as "an alien life form" and don't mind beating them up whenever they cross paths.

Fans of Punk In London should also be sure to check out U.K.D.K. and OI! The Movie. 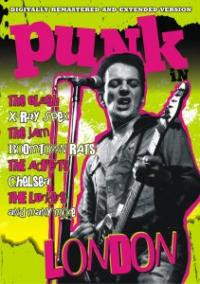 Email ThisBlogThis!Share to TwitterShare to FacebookShare to Pinterest
Labels: Documentary, Punk In London