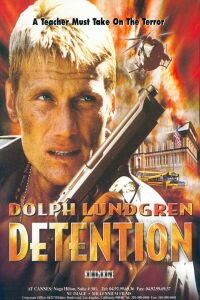 Take everything that is awesome about Class Of 1984 and throw it out the fucking window. Add in a bunch of shitty shoot-em-up action scenes and you will end up with something like Detention. This lame-ass hack of a movie is a modern day example of actionsploitation and it just doesn't fucking work. Dolph Lundgren (Rocky Part 4, The Expendables) who I never cared for in the first place plays an ex war hero turned school teacher. He decided to resign from teaching and on his last day he is on Detention duty. The school is taken over by terrorists who are using the highschool as the middle grounds for a huge drug heist. Of course our blond muscle-head gets the chance to do a bunch of action stunts and kill the bad guys, the girls all love him and he even manages to throw in a few shitty typical action movie one-liners.

The director Sidney J. Furie gave us the far superior rapist-ghost flick The Entity in 1982 and was also responsible for Doctor Bloods Coffin and a movie called The Snake Woman (1961) which looks half interesting. Its a shame that this director ventures into the murky waters of shitty action movies.

For a much better time with punks running rampant in a high school check out Class Of 1984 or Over The Edge. This thing should be shoved back up the ass that it exploded from. I had a better time sitting in detention when I was in highschool. 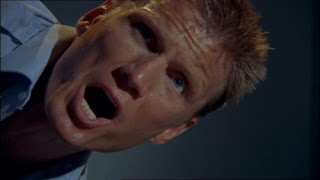