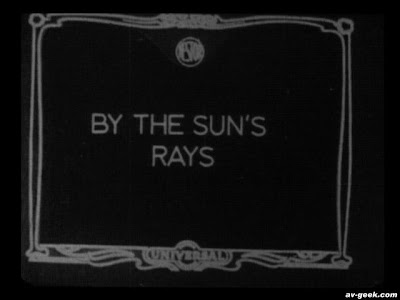 In this 1914 one reel short film a rape is staged by Lon Chaney. Of course it is extremely tame by today's standards but I'm sure it was quite offensive in the early 1900's when Chaney jumps across a table and attacks the pretty blond girl who was sworn to another man.

This film only runs at 11 minutes and there isn't much to talk about with the exception of the attempted rape scene. It is set in the old west and we do have some gun-slingers but the only real reason to check this one out is to see Chaney in one of his earliest roles. Email ThisBlogThis!Share to TwitterShare to FacebookShare to Pinterest
Labels: By The Sun Rays, Lon Chaney, Shorts