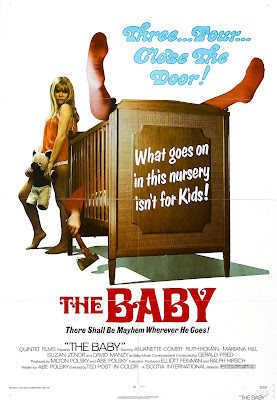 Yes the 70's was a crazy time for film making. The most outrageous, original and outright bizarre cinema came from the 70's and The Baby is no exception to the rule. A film like The Baby couldn't have come from any other decade but the sick, sick 70's and it is a must see for exploitation and cult fanatics of the era. 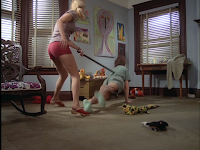 The Baby is about a boy named... well... Baby. The only problem is that Baby isn't actually a baby. He is a grown man who sleeps in a crib, wears diapers, drools and cries but this isn't some stupid asshole from the 2000's with some weird fucking mommy fetish. In fact The Baby falls into the 70's genre of sick and twisted families. There seems to be a lot of those from the glorious decade.

Baby lives with his insane mother and his two very hot sisters who seem to get their rocks off with a bit of incest from time to time with baby brother. However things are going to get even weirder when a new social worker starts coming around and takes a special interest in Baby.

The social worker starts to catch wind that there might be some sort of abuse going on in the house and threatens to take Baby from the house that he was born in. It is hard to tell who the bad guy is in this movie because everybody seems to be kind of fucked up and although this is also very common for the 70's The Baby comes complete with a twist ending that really can't be seen coming.

The Baby is disturbing in general just in its subject matter but we are also treated to some scenes of perversion and violence. In one of the craziest moments a babysitter is caught with "Her tit in Baby's mouth". This doesn't go over so well with Baby's mother and sisters and we have some excessive violence complete with blunt objects to achy-breaky skulls and gratuitous bitch-slapping. We also get some axe wielding, hatchet-fu and some kitchen knife violence and it all makes for a pretty wacky watch.

In my humble opinion the only thing that could have made The Baby better would have been a touch more of the red stuff and some very gratuitous nudity. Fans of this movie should also check out Bab Boy Bubby which is similiar in context or Death Game (1977) which holds a very similar feel in pace and suspense. 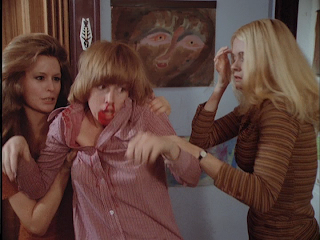 Email ThisBlogThis!Share to TwitterShare to FacebookShare to Pinterest
Labels: Baby (The)