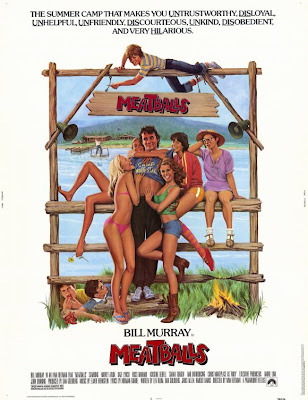 This 79 flick is a look at things to come. The 80's will offer up a shit ton of these forgettable comedies. While there isn't really any bit of a plot here other then a bunch of kids being dropped off at a summer camp there are some funny bits mainly which come from Bill Murray who plays a camp councilor. We also get some shenanigans from the stereotypical fat kid. Other then that these camp comedies are all always pretty much the same.

I suppose I would have liked this one a bit more if it offered some nudity and Pee Wee Herman. 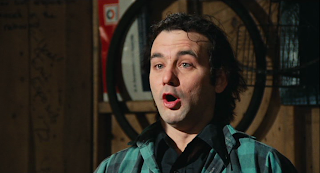 Email ThisBlogThis!Share to TwitterShare to FacebookShare to Pinterest
Labels: Meatballs