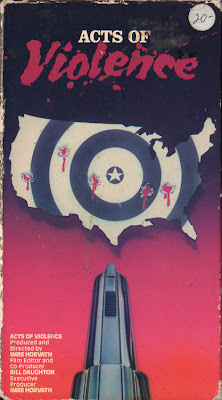 "Violence is more American the apple pie". What we have here is a long out of print made for television documentary on the problems of violence or should  I say murder in America. This morbid docu. clocks in at 72 minutes and takes a look at three different killers in the country with the highest murder rate. While each killer was very different in motive and tactic they do have two things in common. The first being that they are murderers and the second being that they are American. 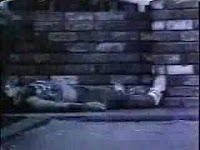 The first part of the film focuses on James Oliver Huberty and his act of mass murder which took place in a McDonalds restuarant on July 18th 1984. James Huberty kissed his wife goodbye and told her that he is "going out to hunt humans". Naturally she didn't question him. James Huberty then walked into McDonalds with a pump action shotgun, a 9mm automatic pistol and a fully automatic Uzi. He opened fire and shot 41 people. 22 of which would die. He killed mothers, fathers, children and infants. We are treated to footage of piled up bodies and the family, friends and neighbors reaction to the grisly massacre.

Next we take a look at John Hinckley Jr. and his attempted assassination of United States president Ronald Reagan. Unlike James Huberty who was angry at society and felt the need to lash out against innocent families Hinckley Jr. was obsessed with the brilliant 1976 Taxi Driver and especially the lead actress Jodie Foster. Trying to catch the actress attention Hickley decided to emulate his hero from Taxi Driver and kill the president of the United States.

Last but certainly not least we take a look at serial killer Henry Lee Lucas who confessed to 360 murders across the U.S.. Henry speaks about his abusive childhood and his younger years of crime which all lead up to murder. He takes us to the scenes of the crimes and describes in detail what he did to the victims. Henry was first arrested for killing his mother. Upon his release he pleaded for the warden to not let him back into society because he knew he could not control his murderous rage. Well they didn't listen and now the country has 360 some odd murders on their hands.

The thing I found very interesting about this documentary is the fact that all three of the killers have reached out for help and were basically rejected. Huberty called the mental health clinic the day before his massacre and was refused. Hinckley Jr. wrote letters to Jodie Foster and Henry blatantly told police officers what he will do.

This documentary is definitely a good watch for anybody who is interested in serial killers, mass murders and multiple murders. 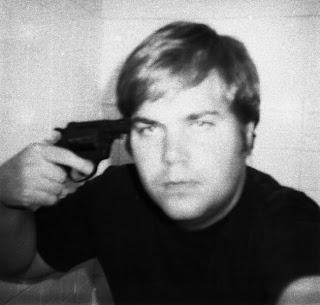 Email ThisBlogThis!Share to TwitterShare to FacebookShare to Pinterest
Labels: Acts Of Violence, Documentary