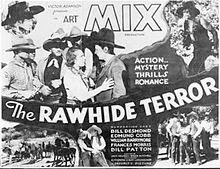 Written and produced by Victor Adamson, the father of the great schlock-meister Al Adamson (Satan's Sadists, Girls For Rent). I think it is safe to say like father, like son. This has to be one of the most cheesy, wackiest, weirdest westerns I have ever seen. 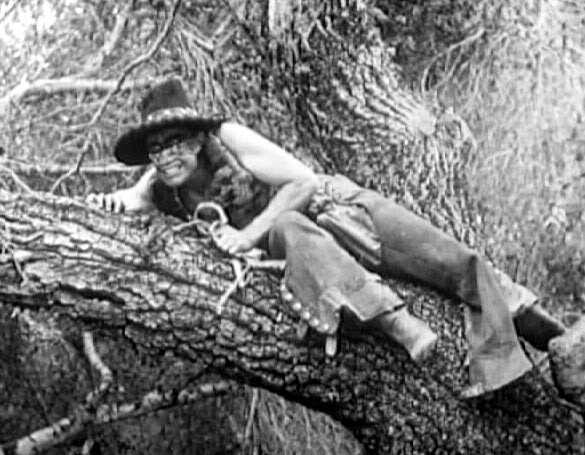 A bunch of dirt-bags pose as wild Indians and terrorize a family of four who are having a nice picnic. They rob the father of his gold and then brutally murder him execution style. The mother is next to go. For some reason they let the two children survive. One of them runs off into the woods while insanely laughing to himself and the youngest boy of the two is left behind with his dead parents. Now we jump forward in time a good 12 years or so and the criminals are being killed one by one. The man doing the killings is a masked phantom type known only as the Rawhide killer. The whole community is hot on the trail of the masked villain but he always seems to be one step ahead and gets away every time.

The Rawhide Terror is packed to the gills with flaws. The acting is ridiculous, the action is not very eventful and the audio has certainly seen better days, there are still some things that make this one worth a watch. First off the Rawhide Killer is outright absurd. With his giant over-bite and silly attire, you can't really help but like this guy. Then there is the fact that we are indeed watching a western but the killer chooses to strangle his victims rather then shoot them. Aside from that there isn't a whole lot more going on in this one but what can you expect from what was supposed to be an old time serial. What we are actually seeing today is a pieced together hour or so long feature version of the serial.

Probably only worth a watch for lovers of truly bad cinema and of course Al Adamson fanatics but then again I would assume they would be one in the same. 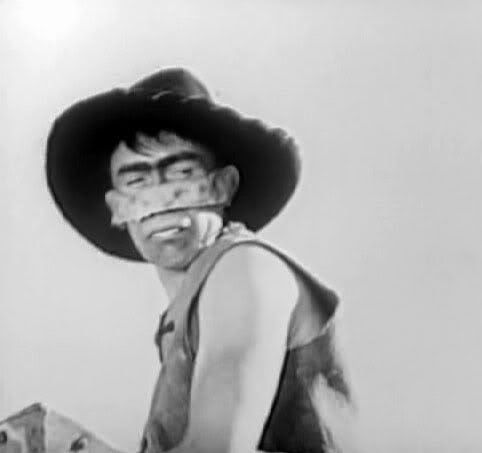