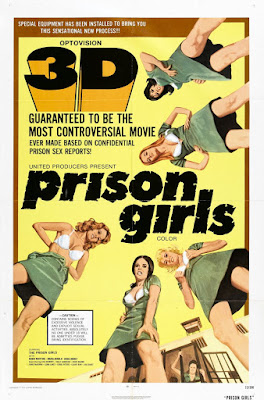 This one comes from director Tom DeSimone. This guy is A-Okay in my book. With so many cool titles to his name like Terror In The Jungle and Hell Night it is hard to believe he turned out such a turd with this one. I mean the man has done quite a few women in prison flicks, some of which are personal favorites in the genre like Reform School Girls but this one just slacks in so many different areas. For starters this one seems like it is a foreign film. Uschi Digard shows up with her giant melons on display and her constant awkward smile that she is known and loved for and the entire film is so poorly dubbed it makes a Hong Kong Kung-Fu flick look like a major Hollywood production. While this isn't necessarily a bad thing it does serve to make the whole viewing experience all the more strange. The plot... if you can call it that is as bad as it gets. None of the characters are very likeable and the dialogue is equally as terrible. The sex scenes are very confusing with an over abundance of talky-talk and most of the girls here are not much to look at.

The best scene in the entire film showcases a biker gang that forces a man to rape the woman he loves. When it is all said and done the guy seems really proud of what he did and I can't help but be reminded of the character of Matthew in I Spit On Your Grave. "I did it! I really did." Its too bad the rest of the movie didn't focus on the sleazy biker trash. There is also a very small subplot about a bank robber who is on the run but that is all very uninteresting and in the end they try to make up for all the nonsense with some stupid moralistic dialogue which also comes off ridiculous and not needed.

I could have skipped this one all together and just have stuck with a better film from the genre but that's how it goes when you have a life long dedication to trash cinema. 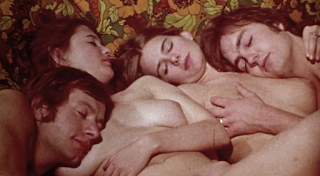